You may remember, from earlier posts, that Agate recently moved into new office space here in leafy south Evanston, just north of Chicago. We finally got around to celebrating our new premises with a small get-together last week, where we served food and drink featured in some of our Surrey Books titles and welcomed in some locally based Friends of Agate, a smattering of of our locally based authors, and other colleagues and co-conspirators.

For me, the highlight was seeing several of our former interns. Since starting Agate in 2003, we’ve had close to 30 interns work here–invariably smart, warm, engaging young people who love books, whose presence was a complement to our days and who all made significant contributions to Agate’s growth and success. Many of our interns are now scattered hither and yon, across the country and (in some cases) around the globe, so it was terrific to see so many of them all assembled under our new roof. Here’s a picture of the group that turned up. A lot of our interns have gone on to do different things (we seem to have turned out more than our share of lawyers and improv-theater performers, and at least one who’s both), but many have gone on to full-time jobs in Chicago publishing, and I hope the help we were able to furnish in that regard is making a difference in their careers. The help they’ve given Agate has certainly made a difference here. 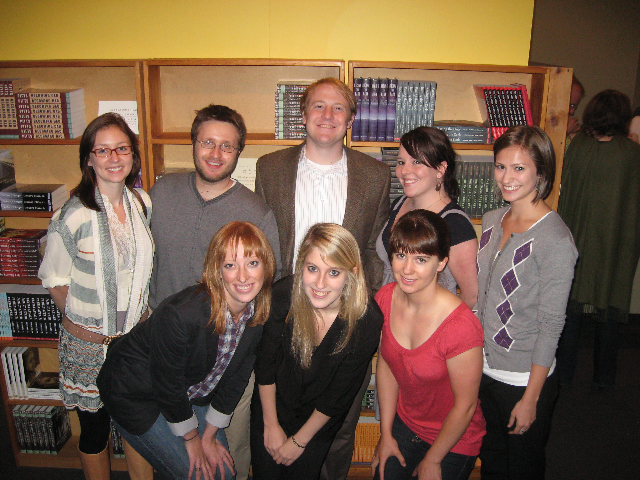