This month, Agate Bolden is pleased to announce its newest book from Gil L. Robertson IV. Where Did Our Love Go: Love and Relationships in the African-American Community, is the third anthology Gil has edited, after Not in My Family: AIDS in the African-American Community and Family Affair: What it Means to be African American Today. Over the years we’ve developed an especially positive working relationship with Gil, whose warm, relaxed demeanor belies the passion he brings to his material. Gil recently answered these questions for us about his new anthology, which has just been released. 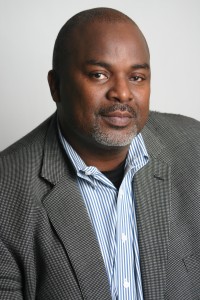 Why did you choose to do this anthology?

The “black marriage gap” is a huge problem in this country. Relationships between black men and women—I won’t even mention love—have reached a low point. The scale of this problem is shocking, and potentially crippling to the vitality of the African-American community at large. As in my earlier books, my goal is to stimulate constructive dialogues around this subject so that it can be better understood and, I hope, yield some answers.

This is the third anthology you’ve edited focusing on big issues facing the African-American community. What drew you to tackle these questions?

It’s no secret that the African-American community is plagued by numerous problems, and I feel that it is important to address these problems through the perspectives of those who are most affected by them. The anthology format is an excellent forum for presenting various ideas and opinions around a central subject. What these books represent is an organized way to examine these subjects and generate ideas that might lead to solutions.

What do you hope African American will get out of reading this book?

A new openness to examine this issue, and the courage to take the steps necessary turn things around. It’s long overdue that we think outside the box to find new ways to deal with certain patterns of behavior. Everyone in the black community has to take responsibility for the problems that we’re seeing in our relationships, and it’s high time that we take a real look at “the man in the mirror,” if you well and own up to the role we’ve each played to contribute to these problems. We have to change if we want different results.

Productive, healthy relationships are definitely possible, but they take hard work to maintain. Like any group of people, most African Americans seek positive intimate relationships in their lives. However, many of us are carrying so much personal baggage about how we see each other (especially members of our own race) that it prevents us from building solid bonds with potential partners. I also feel there is a real need for African Americans to become more spiritually connected to their identities. This has nothing to do with religion—what I mean is the need for more black people to own up to who they are and what they really need to lead satisfying lives.

What was the most surprising thing you learned in creating this book?

The black community is ready to address this issue, but it needs the right infrastructure to support the conversation. As soon as I put the word out about this project, I found that people were very eager to share their stories or perspectives about this issue. Of all the anthologies that I have edited so far, none of them engendered this kind of enthusiasm.

Another thing worth nothing is the difficulty some of my contributors had in completing their essays. For some, writing their essays was like giving the “big reveal,” where they had to be totally open regarding the matter that was closest to their hearts: finding love. Compiling this project was really an amazing process, and I believe that readers will be rewarded by the passion, honesty, and truth expressed in these essays.

Can you outline some areas where your contributors agreed? Disagreed?

Well, surprisingly, nearly all of my contributors felt that there was still hope for turning this tide around. The contributors were keenly appreciative of the importance of stable, loving, and productive relationships to the African American community. The position that was nearly universal is that the time is now for big changes to take place in terms of how African Americans engage with one another, especially when it comes to this subject.

What do you think the effect has been of the media attention focused on African-American marriage rates?

No high marks here. A majority of the stories that I have read have presented the black marriage gap problem through a lens of hyperbole and half-truths. With few exceptions, the media has failed to give this subject the sort of full-bodied examination it deserves. Now, that’s no fault to the individual journalists who have reported on this situation. The very nature of the media today is to spin stories toward the sensational. I hope this book will provide fodder for much more comprehensive dialogue.

You arranged the book into three sections, focusing on singles, married couples, and divorcees. Were there any overarching themes between sections?

The one recurring theme is probably the importance of people maintaining trust and honesty not only with their partners, but most of all, with themselves. In each section, the writers really open themselves in expressing their hopes and fears about having a steadfast partner in their lives. It didn’t matter if they were single, married, or divorced; the one thing all of the contributors have in common is that they all covet finding real and long-lasting love.