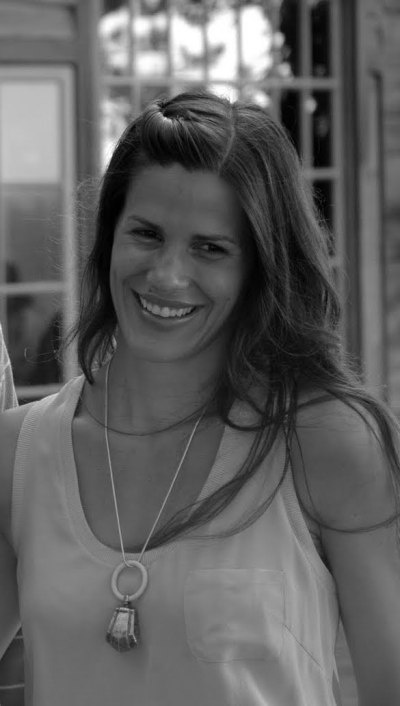 Why did you want to write Locally Brewed?

It felt like a natural progression from the project I had just finished, Locally Grown, to look at another fast-growing local movement in the Midwest: craft beer. Beyond simply enjoying craft beer as a consumer, I like to think that it’s in my blood. My great, great, great grandfather, John Stenger, opened the Stenger Brewery with his brother in Naperville, Illinois, in 1848. I see today’s local breweries as a continuation of what our ancestors started when they first settled in towns across the Midwest, brewing beer and opening local pubs where friends and family would gather.

It is a remarkable thing to meet the people who craft something we consume this way, to understand the process and appreciate the work they do. This is a common thread through much of my past work, including Locally Grown; I am interested in the stories of the people, how they got to where they are, and how they do what they do. The brewers I met along the way were creative, innovative people who had taken anything but a well-grooved path. It is their stories that excite me.

What do you think has been the driving forces behind this return to locally produced beer and cider?

The local food movement and the ever-increasing public interest in food have certainly influenced it. While there have been brewers and drinkers passionate about craft beer for decades, it has become more widespread as more people have gained a greater awareness of food and food culture. And chefs have helped with that; restaurants now put together beer menus as intentional as food menus and wine lists.

There are more opportunities to taste craft beer, and consumers notice the difference. When you start tasting locally grown food, it is easy to appreciate the differences in flavor immediately. It’s fresher because it doesn’t have as far to travel, the farmers are choosing varieties based on flavor and diversity, and it’s grown in nutrient-dense soils—all of these factors improve the taste of locally grown produce. It’s the same with craft beer—the fresher the better. Contrary to how we often think of beer, it’s a perishable product and needs to be kept at an even, cold temperature. Craft brewers are seeking out better-quality ingredients, which often means Midwestern-grown ingredients. They visit hops farmers in the fall to hand-select hops, they explore a variety of flavors and styles with their recipes, and they have the ability to brew something different or unusual, often in small batches and served only at the brewery’s brew pub.

There is something very special about sitting at a brewpub where the beer was made on-site, and getting to meet the owners or brewers, the actual people who made the beer you’re drinking. I think people are naturally drawn to that kind of experience, and luckily more people have more opportunities than ever to do that.

What struck you most as you traveled around to all these different breweries?

The convivial community of brewers. The people themselves, equal parts artists, scientists, and entrepreneurs. The incredible amount of time and hard work they put into their businesses. The passion they have for the work they do.

I love that there is something so inherently simple and straightforward about beer: that it is made of malt, hops, and yeast, but that there are endless variations and flavors and styles that can be created, depending on the addition of specialty ingredients, changes in brewing times and temperatures and fermenting, and on the tastes of the individual brewer. Beer-making uses so much industrial-scale equipment, the breweries are in some ways factory-like spaces of steel and glass. But it all starts with the seed of an idea, to create something no one else has done, or to work to do it better than anyone else. It is, at the end of the day, very much a hand-crafted product.

Your previous book, Locally Grown, looked at the farm-to-table movement, focusing on independent farmers. Are there any similarities between how the breweries and the farmers operate in terms of competing against large corporations?

While there was a drastic difference between walking through fields of corn and grazing goats, talking to farmers who spend the majority of their time outdoors, to being surrounded by stainless steel fermenters and copper brewhouses and talking to brewers who toil inside their industrial warehouses making beer, the similarities between the two disciplines were striking.

I often refer to the farmers I wrote about as being artisans; it takes an art, along with a craft and skill, to do what they do. It is the same with the brewers. There is so much science to brewing beer, but the science can be learned. The art is what makes beer truly exceptional. Craft brewing brings the industrial process of making beer down to a human scale, allowing brewers to create original—sometimes crazy!—recipes, commissioning artists to design labels, and hosting events to bring everyone together. It becomes an art form as much as a commodity. That is something the big breweries can never compete against. They might also never think to brew a beer inspired by a 100 Grand candy bar, as Dark Horse did, or try to recreate an authentic Sumerian beer free of anachronism—and therefore not use refrigeration, or any electricity at all—like Great Lakes is doing.

Craft beer still makes up an incredibly small market share of the beer industry. But as long as they continue to make high-quality beer, and to grow in thoughtful and controlled ways, they should continue to thrive.