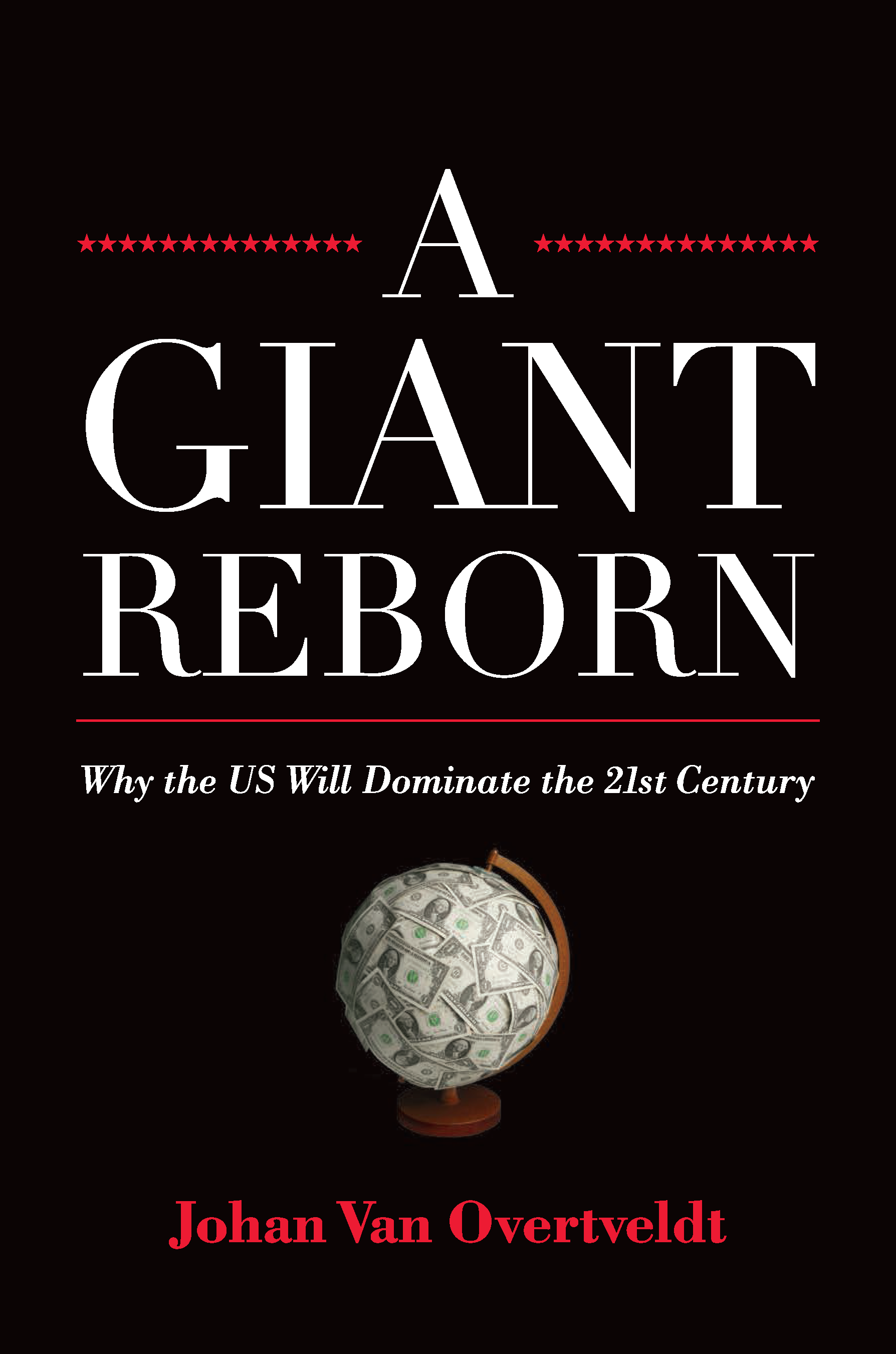 Acclaimed economic journalist and current Belgian finance minister Johan Van Overtveldt, author of The End of the Euro, Bernanke’s Test, and The Chicago School, makes the case for why the United States will continue to be the world’s sole superpower well into the 21st century, fending off China, Europe, and Russia.

The ongoing Greece-centered eurocrisis and the spectacular fall of share values on the Chinese stock markets are the two dominating issues in worldwide economic affairs during the summer of 2015. Both developments provide evidence in support of the main thesis of my new book A Giant Reborn: Why the US Will Dominate the 21st Century (Agate Publishing).

If you think we’ve seen major changes in our broader economic environment during the last three decades, prepare yourself for more of it—much more of it. I see signs all around us that the era of what I call “turbochange” is already upon us. Simply put, turbochange is the intense, rapid, large-scale change that will inevitably characterize the 21st century and shake up our society at large. There are three main drivers behind turbochange: knowledge and human capital, entrepreneurial drive, and globalization.

More and more, knowledge and human capital show signs of what economists call “increasing returns to scale,” which means the more you have of these two items, the faster ideas develop. Worldwide, there is an increasing number of people engaged in research. Modern modes of communication allow these thinkers to connect quickly, which increases productivity and invites entrepreneurial drive.

The cross-fertilization between fast-growing knowledge and human capital and feverish, worldwide entrepreneurial competition is bolstered by globalization. Most societies will have a hard time dealing with all this turbochange.  The societies that are able to adapt to this change will be in the best position to succeed economically. In this respect, the United States clearly has the upper hand over its main rivals, China and the European Union.

As many others noted already before me, the United States eats, breathes, and loves change. It’s deeply entrenched in the American DNA as a consequence of historical, institutional, and sociological characteristics. Dealing with (turbo)change is often messy, and the consequences are often unpleasant for many citizens, but Americans do not hesitate to look change straight in the eye and go for it.

This attitude contrasts sharply with the way China and Europe deals with change. The spectacular fall in the Chinese stock market is just one more sign of China’s relative inability to deal with change. Over the past several years, Chinese authorities have continuously applied increasing doses of monetary and budgetary stimulus to the economy.

By now, the economy is a huge bubble. The ruling Communist Party in China took the extravagant stimulus road because its leaders are frightened of the perception of substantially slowing economic growth, a prospect that has now become inevitable. The recent devaluation of the Chinese currency is another desperate attempt by the Chinese authorities to stimulate economic growth.

China’s leaders do not want to be confronted with the political and social consequences of slowing growth. This adds to China’s already existing problems with pollution, corruption, and inequality, among others. A worldwide turbochange-environment will deeply impact China’s already substantial internal problems. China lacks the historical, institutional, and sociological setting to deal constructively with turbochange.

Likewise, the member states of the European Union are deeply entrenched in their existing social and economic models. Change has proven to be a thorny issue; turbochange will prove to be worse. The ongoing Greek crisis greatly underpins this argument. The third rescue package for the Greek economy may be the only way out of the deep hole the country is in, but it will be very hard to implement.

The only way to deal conclusively with the Greek drama is to fundamentally strengthen the Eurozone’s institutional framework. One way or another, this means a loss of national sovereignty for the nineteen member states of Europe’s monetary union. This exercise continually proves to be a hard nut to crack, to put things mildly.

Not everything in the US runs perfectly, far from it. Issues such as political gridlock, crumbling infrastructure, overall debt, and inequality cast a long shadow over the country’s future. Nevertheless the proven ability of American society at large to deal positively and constructively with change will strengthen America’s relative position as the era of turbochange comes upon us.

Since October 2014, Johan Van Overtveldt has served as Belgium’s Minister of Finance