March 31st is National Tater Day, and we at Agate solicited the opinions, thoughts, and insights of our colleagues on the humble yet mighty potato. If you’re looking for the best ways to honor potatoes and their kind, look no further. For more potato recipes and reflections, make sure to get a copy of The Potatopia Cookbook by Allen Dikker. 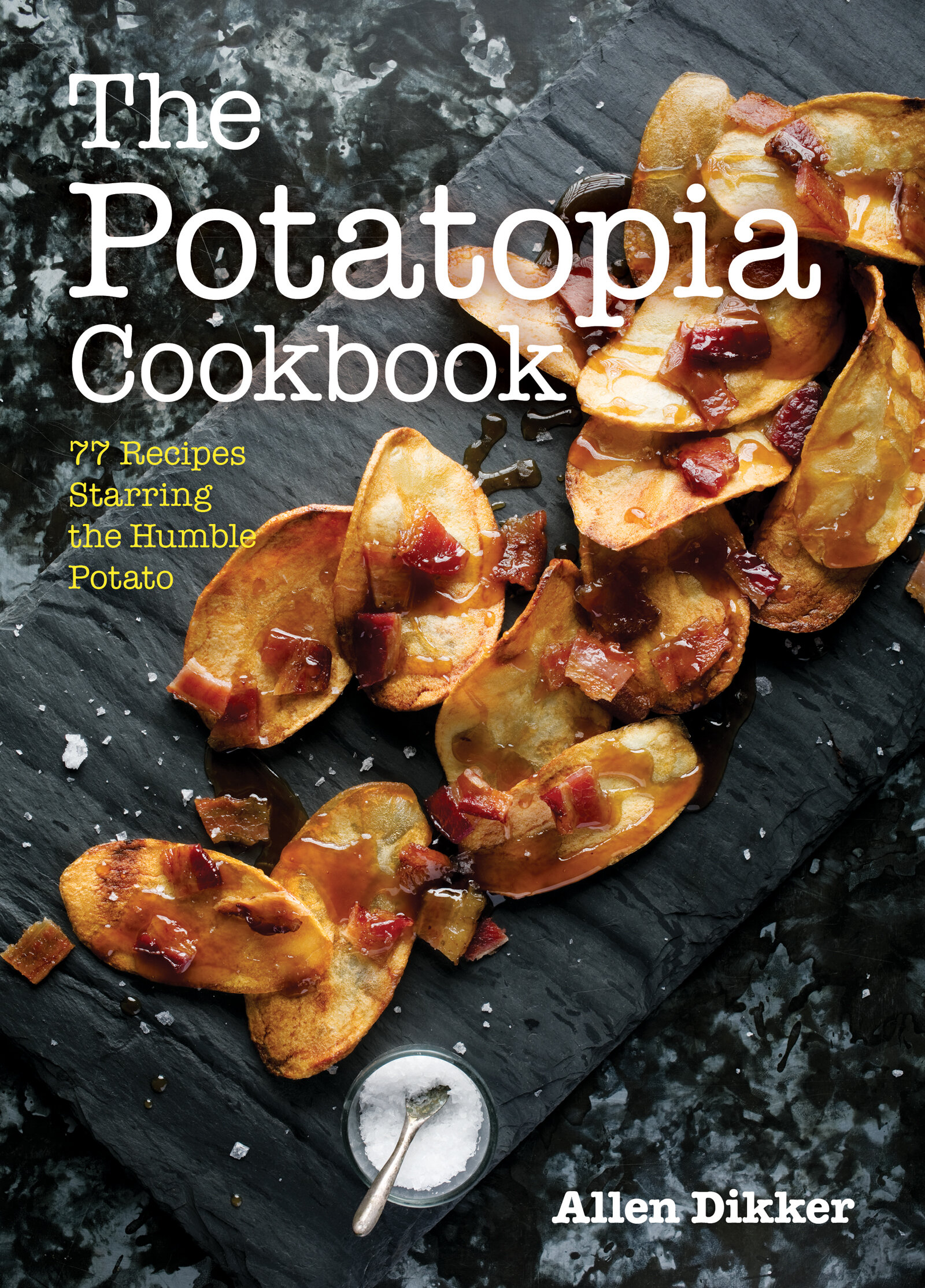 “There is no bad way to prepare or to eat a potato (except raw). I object to some of the more exotic flavors of crisps that can be found in Britain (prawn-flavored? ugh.) but that’s not the potato’s fault. If I were in some kind of desert island situation and could only eat potatoes one way, I’d probably opt for baked, with butter, pepper, full fat sour cream and a sprinkling of chives. But all potatoes are good. More potatoes are even better.”

“Whenever the hypothetical question comes up about “If you could only eat one single food for the rest of your life, what would it be?” my answer is always potatoes. Lately, my favorite way to prepare my favorite food is to slice golden potatoes into wedges and soak them in water for about 2 hours. Dump out the water and pat the wedges down with a towel. I then toss the wedges with avocado oil, sprinkle roasted garlic powder and Mural of Flavor by Penzeys Spices, and pop it into the air fryer. I air fry at 385 degrees, checking and tossing the wedges every 6 minutes until perfectly crisp to my liking (about 18 minutes).”

“As far as I am concerned, there is no wrong way to eat a potato except not to eat one at all. Potatoes are my second favorite food behind pasta, so I have to say that my favorite way to consume potatoes is as soft, fluffy, potato gnocchi. As a person with Polish heritage, I also love and appreciate potatoes with cheese as a filling for pierogis. Beyond these two supreme ways to consume potatoes, I would never turn down an opportunity to partake in sharing a big bowl of chunky mashed potatoes with salt and butter.”

“I’m a big fan of oven-roasted fingerling potatoes with plenty of salt, garlic, and rosemary. My ideal potato is golden and crispy on the outside and soft and buttery on the inside. But the real way to my heart is through sweet potatoes. Drizzled with brown sugar or maple syrup, roasted alongside some caramelized onions, or just scooped from the skin with a fork and plenty of butter—there’s nothing better.”

“How can you live in the Midwest and not have a deep appreciation for the humble potato? Their versatility is admirable—breakfast, lunch, or dinner; roasted, deep fried, boiled and mashed; Yukon Gold, russet, and sweet. You really can’t go wrong! I don’t think I could even choose a favorite potato dish if I tried. Put a potato in front of me, and I’ll indulge happily.”

“Mashed potatoes and hash browns taste like home to me. Growing up in the Midwest, potatoes were an absolute staple. I don’t think my mother has ever made a meal that didn’t include a potato in some form (her favorite being mashed) so mashed potatoes will always remind me of shoveling thirds onto my plate at after-practice dinners at home. When my dad was young, he worked as a line cook in a restaurant where he learned to cook perfectly crispy hash browns, so hash browns will always feel like weekend mornings and the luxury of actually sitting down for breakfast.”

“There are a lot of good ways to eat a potato. Personally, my favorite is to boil it with some water. Add some yeast. Vaporize and condense it a few times. Then drink it ice cold out of a glass.”