What with restrictions lifting and the nostalgia for live performances, outdoor theatre this summer is going to be more popular than ever. But have you ever thought about the sheer amount of work that goes into an outdoor production? In Much Ado: A Summer with a Repertory Theater Company, Michael Lenehan goes behind the scenes at the American Players Theatre (APT) in Spring Green, Wisconsin, shadowing the cast and crew of their 2014 production of Shakespeare’s Much Ado About Nothing. He tracks the evolution of the show from rehearsal to closing night, detailing the unique challenges of outdoor theatre: mosquitoes, acoustics, costumes for hot and cold weather, rain delays, and the possibility of a whip-poor-will starting up just as an important line is said. What might have been an exhaustive history is made accessible and concise as Lenehan intertwines profiles of the lead actors and crew members with thought-provoking interpretations of the play itself. 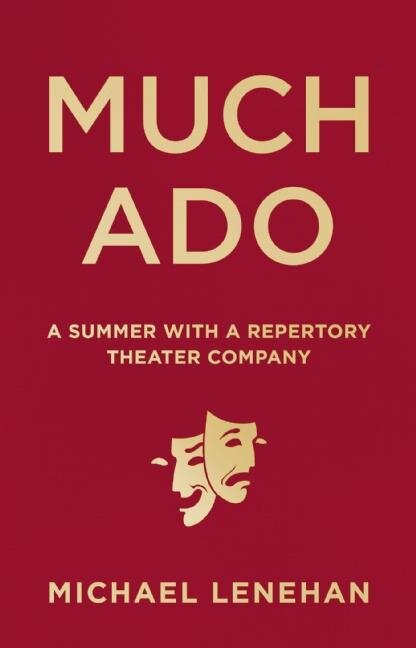 The most eye-opening part of Much Ado is getting to witness the artistry with which each member of the company approaches their craft. Lenehan describes the careful thought that goes into the color of Beatrice’s dress, the storytelling in the choreography, and the intense concentration of the composer as he locks himself in a motel room for six days and eats nothing but soup while writing the music for the show. Every detail of the production is approached with the utmost intention, even things that most audience members might never notice, like the placement of a lantern at the beginning of a scene so that a servant later has a reason to go back onstage. Lenehan shows how a scene or a scrap of dialogue evolves and is perfected throughout the season. The actors and the director bring a multitude of ideas to each rehearsal, some of which succeed, some of which do not. Movements and motivations are discovered through the process of rehearsal, and the feedback of the rest of the company continually shapes how it is performed.

I was delighted to learn that even after opening night, the show continues to evolve. The actors pay just as much attention to the audience as the audience pays to them, finding feedback not only in things like laughter, but in the intensity of the silence. The final show in October may be a markedly different performance from the one that opened in June. Unlike a movie or a recording, a play is a living thing, constantly shape-shifting as the actors experiment and increase their understanding of the characters.

Lenehan has a journalist’s ear for good dialogue, and the cast and crew of APT come to life just as vividly as the characters in the play. The joy they find in honing their craft is irresistible. Getting inside the heads of these professionals in Much Ado sated my craving for live theatre and made me all the more eager for the season ahead.