When I learned late last night that Jesmyn Ward, the author of Agate’s 2008 release Where the Line Bleeds, had won the 2011 National Book Award for fiction for her new book Salvage the Bones, my reaction was one of delighted shock. I know something about how the sausage is made when it comes to literary awards, having served on my share of prize panels, so I tend to cast a cold eye on the whole process. But it was such an unanticipated surprise even to see Jesmyn nominated for the award, let alone winning it, that my hard-boiled take on such things has largely melted away this morning. 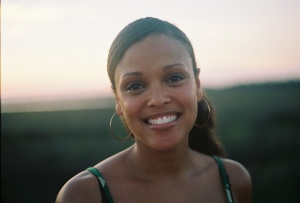 Jesmyn Ward, author photo for Where the Line Bleeds

In my opinion, it’s always a good thing when the awarding of prizes stirs up controversy, and this year’s National Book Awards have been the beneficiary of a nice little dust-up about whether the fiction nominees were insufficiently appealing to the broader general readership. I think that Victor LaValle, one of the judges, did a great job addressing this criticism, but really, the whole back-and-forth can only help in the always-uphill struggle to bring more attention to good work that doesn’t engender an immediate popular reaction. Jesmyn’s work has many, many virtues, but she writes about people and places that too many people in this country find it too easy to ignore. This makes her work more important, more worthy of attention, not less. If you haven’t read her work, you should. The more people who do, I believe, the more who will react the way Ron Charles did in his recent Washington Post rave review of Salvage the Bones. Good for you, Ron Charles, for copping to the fact that Jesmyn Ward almost got by you all together; and good for you, National Book Award, for helping to wake up the Ron Charleses of the world to the work of Jesmyn Ward.

Because the sad truth is that it’s too easy for important critics like Ron Charles to pass over writers like Jesmyn Ward (as Ron Charles has admitted). The daunting statistics such critics face are overwhelming–the number of new novels published each year runs into six figures, and every critic has to make choices about which books to read, and write about, that are every bit as harsh and reductive as the choices made by prize committees, bookstore buyers, magazine editors, TV producers, and the other gatekeepers to the broader general readership. It’s hard for people to appreciate writers like Jesmyn Ward if they never even hear about them.

Here at Agate, we couldn’t be happier about Jesmyn’s success. We are proud to have published her first novel, and gratified that she singled us out in a recent blog post about the evolution of her career. You may not have heard about Jesmyn Ward before last night, but the truth is that Where the Line Bleeds did a good deal better–both in terms of sales and in terms of reviews and recognition–than most first novels. It sold out its first printing (and is about to sell out its second); it was an Essence Book Club selection; it was featured in elite literary journals like Bomb and The Oxford American; it got a starred review from Publishers Weekly and numerous favorable reviews in other newspapers and journals.

What it didn’t do was “break out,” as we say, the way Salvage the Bones now has. Why? Because as hard as it is for any publishers to get attention for any first novels, it’s harder for small independent publishers like Agate to get attention for first novels by writers like Jesmyn–specifically, black writers who choose to write about black characters in places like the impoverished Gulf Coast region. While I’m glad Ron Charles has found his way to Salvage the Bones, of course I regret that he never took note of Where the Line Bleeds. Same with Laura Miller of Salon.com, who helped kick up the aforementioned controversy. Same with the influential critic/editor I won’t name here, who breathlessly touted Salvage the Bones in her coverage of last spring’s BookExpo America as Jesmyn’s “debut novel.” Does this have something to do with the fact that Jesmyn is African-American, like all of the writers published by Agate’s Bolden Books imprint? Or does it have more to do with the perennial challenges we independent presses face in getting attention from the most prominent gatekeepers? 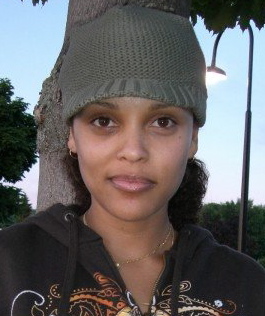 This is what a winner of the National Book Award for fiction looks like.I wish I knew. Of course, as of this writing, the New York Times, that gatekeeper of gatekeepers, has still not taken notice of any of Jesmyn’s books. But surely that will not be the case for too much longer. Meanwhile, we are happy to keep doing everything we can to make more readers aware of her work.

Congratulations, Jesmyn. Congratulations, Brigid Hughes, whose magazine A Public Space brought out Jesmyn’s first published story in 2008. Congratulations, Elise Cannon and the rest of the passionate sales reps at PGW, Agate’s distributor, who championed Where the Line Bleeds to our nation’s independent bookstores. Most of all, though, congratulations to you, reader, if this is the first you are hearing of Jesmyn Ward and her beautiful, important work. I hope you will enjoy it.