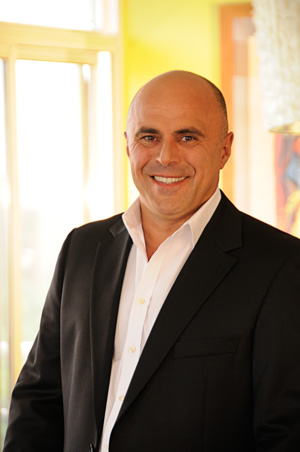 Why vodka? What prompted you to tackle this particular spirit?

Vodka is the most consumed spirit in the United States, but I think it’s truly a mystery to most people. The commonly held idea that “all vodkas are the same,” at bottom, motivated me to look deeper into vodka and try to inspire folks to rediscover this classic spirit. I also wanted to bring back enjoying vodka for vodka’s sake, neat! Yes, as a mixologist I use vodka in cocktails, but there is a lot of pleasure to be found savoring the subtle nuances of the vodka by itself. I fell back in love with sipping ice-cold vodka, straight from the freezer in a frozen crystal shot glass.

Why do you think vodka has fallen out of favor with leading bartenders and mixologists? What would you say to the “haters?”

The vodka producers have flooded the shelves with a plethora of flavored products. Some are very good, but others should have stayed in the laboratory. This is why in this book I have chosen to address classic vodka and not venture into the flavored world. I would love for those “haters” to take another look at vodka and approach it with the same interest and respect they give to other classic spirits. It’s easy to throw stones; it takes some commitment to embrace vodka and develop a deeper appreciation of its virtues.

What was the most surprising thing you learned about vodka?

How well vodka paired with food! Not only caviar, but also smoked and pickled fish, pickled vegetables, and cured meats. My favorite combination is vodka paired with duck foie gras on grilled bread with a sprinkle of great sea salt.

Do you have a favorite cocktail recipe using vodka?

I think my favorite new vodka cocktail from the book is The Wizard. That said, I re-discovered the Flame of Love and it has become a staple in my drink repertoire.

The craft cocktail movement has really taken off over the past decade, and you’ve been in the thick of it. What’s next?

Simplicity! A return to simple, hand-crafted cocktails showcasing the drink’s base spirit. I also see increasing interest in consumers mixing cocktails at home.

What’s your next book going to be about?