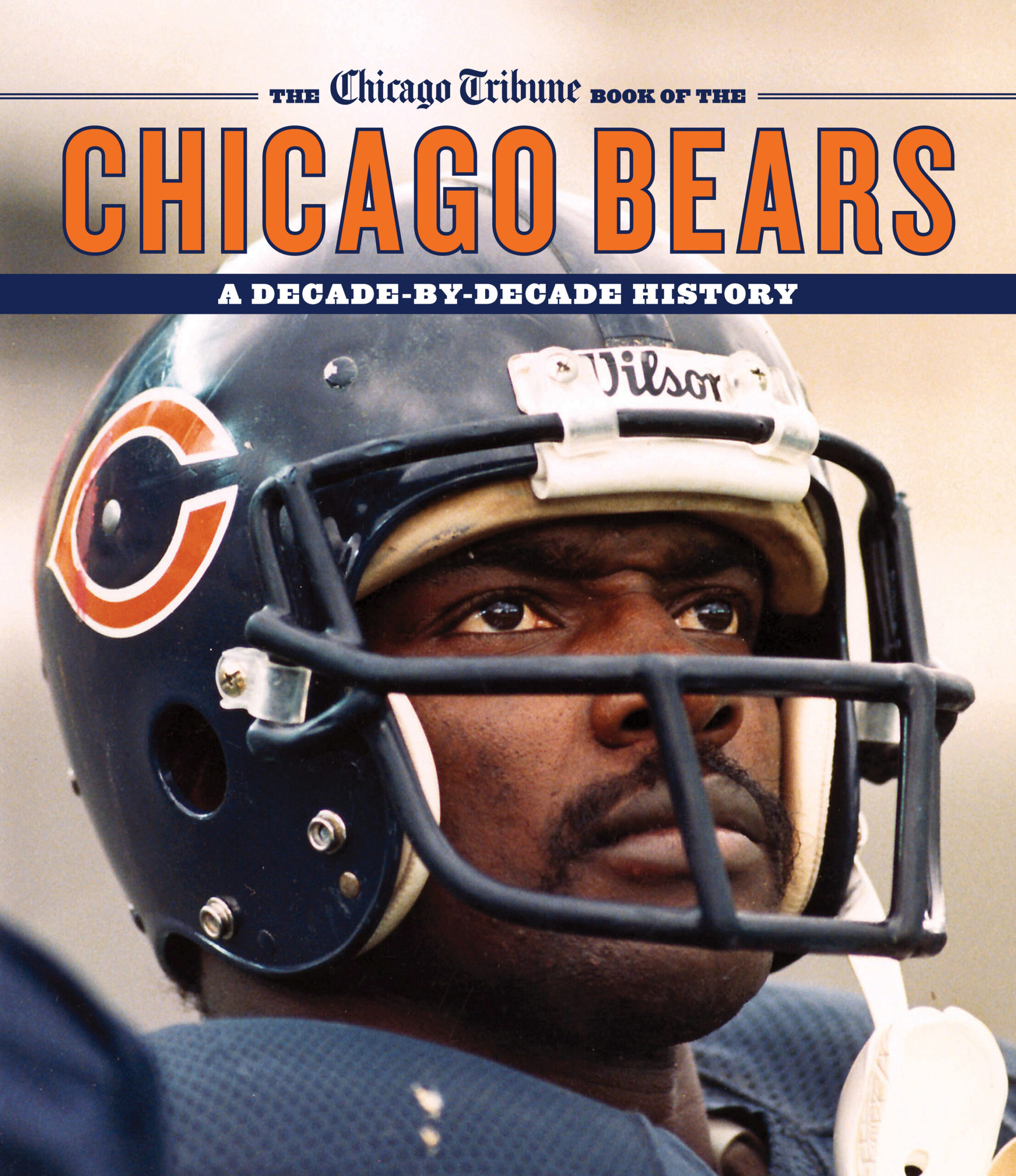 In honor of the NFL Draft Day celebrations that are overtaking Chicago, we’re offering a Bear-sized discount on our newly published book, THE CHICAGO TRIBUNE BOOK OF THE CHICAGO BEARS: A Decade-By-Decade History. The hardcover edition, normally $35, is now only $16 (plus shipping & tax) and the ebook edition is only $12.99.

The Bears have the 11th pick of the first round in tonight’s draft, but who will they select? How will the pick match up against previous first-round picks? Who was the team’s very first draft pick?

While no one know who the Bears will pick tonight, we can answer that last question. The Bears’ first official draft pick was lineman “Jumbo” Joe Stydahar, selected seventh overall in 1936. He went on to play for the Bears for nine seasons, make four straight NFL All-Pro teams, and earn a spot in the Hall of Fame. He also chose his college by getting in the wrong car and hiding in a fraternity house. See the excerpt on Joe Stydahar from the book below.

The Bears had not yet become the fabled “Monsters of the Midway” in 1936. But they took a giant step in that direction when they selected “Jumbo” Joe Stydahar in the NFL’s first-ever college draft that year.

Stydahar was considered a bit of a reach at the seventh overall pick. His college team at the University of West Virginia was hardly a powerhouse, but George Halas—relying partly on a tip from a Bears end (and West Virginia alumnus) named Bill Karr—grabbed the 6-4, 260-pound tackle. Halas never regretted it.

“Joe was something special for me,” Halas said upon Stydahar’s death in 1977. “Football fans know him as the first lineman drafted in the first round in 1936, as a true All-Pro, as a great football player, as one of the Bears all-time greats and a Hall of Famer. But more important . . . Joe Stydahar was a man of outstanding character and loyalty.”

Stydahar was born March 17, 1912, in Kaylor, Pa. and grew up in Shinnston, West Virginia. He began his football career at the University of Pittsburgh, but left the school under unusual circumstances. An alumnus steered him to Pitt for a week of freshman workouts, after which Stydahar returned home to Shinnston. He was waiting on a street corner for a car from Pitt to pick him up when a car from West Virginia showed up instead. Stydahar was driven to the Mountaineers’ campus in Morgantown, where coach Earle “Greasy” Neale hid him at a fraternity house until Pitt gave up on looking for him.

During 1933–35, under Neale and Charles Tallman and with Stydahar as captain during his senior year, West Virginia’s record was 12-13-5. He played in the East-West Shrine Game and College All-Star Game in 1936 before becoming the first draft pick in Bears history.

From there, he went to Los Angeles as an assistant coach for the Rams and in 1950 he took over as the club’s head coach. That year the Rams lost the title game 30-28 when Cleveland’s Lou “the Toe” Groza kicked a last-minute field goal.

“I’ve found out one thing already,” Stydahar said of his early experience as a head coach. “Coaches aren’t supermen. As I see it, there are three basic factors for success. First, you must have the horses, or players. Second, you must keep abreast of the times in the game’s ever-changing strategy. Third, you must have players who want to play for you.”

The next year, the Rams rebounded and beat the Browns 24-17 in the championship game thanks to Norm Van Brocklin’s 73-yard touchdown pass to Tom Fears. It was the Rams’ first title since 1945—when they were based in Cleveland—and the only one the franchise would win in Los Angeles before moving to St. Louis in 1995.

Stydahar and Rams owner Dan Reeves had a falling out and Stydahar quit after the first game of the 1952 season.

“I used my pride instead of my mind,” Stydahar said years later. “I thought I was so big I couldn’t be replaced. Nobody’s that big—not in football, not in anything.”

Late in the 1952 season he hooked on as an assistant coach at Green Bay, then suffered through the 1953–54 seasons as head coach of the Chicago Cardinals, when they posted records of 1-10-1 and 2-10.

Stydahar entered private business in 1955, returned to the Bears as defensive line coach in 1963–64, then retired from the NFL for good,

Once asked what his biggest thrill in football was, he replied:

“Easy. Bears 73, Redskins 0. Nobody who ever played that game (the 1940 NFL championship) will ever forget it.”

In addition to playing tackle, his usual position, Stydahar also doubled as a placekicker and booted an extra point in the 73-0 game. Over the course of his career he attempted 31 extra points in the regular season and converted 28 of them.

Stydahar, who was inducted into the Pro Football Hall of Fame in 1967, was not one of those old-timers who insisted the good old days were the best old days. He recognized how much the game had changed—for the better—in the modern era.

“I don’t care what the old guys say, I was there,” Stydahar said late in life. “I know, and it’s better now.”

While appearing calm on the outside, Stydahar was a bundle of nerves on the inside, according to Halas.

“He could never eat breakfast on the morning of a game,” Halas said. “In fact, Joe couldn’t even stay in the locker room with the players because he always suffered a series of stomach eruptions starting about one hour before kickoff. The players called Joe’s stomach ‘Old Faithful.’ You could set your watch by it. If some last-minute detail came up, one of the assistant coaches would have to run down to the lavatory to tell Joe about it.

“What Joe needed to quiet his stomach was a couple of good hard tackles—and he always got plenty once the game started.”

Elected into Pro Football Hall of Fame in 1967